MinnPost: Sequestration cuts about 1,000 children from Head Start in Minnesota

That low, plaintive sound you hear is the sound of early learning advocates across the state lamenting cuts in the federal Head Start program.

And that high-pitched tweet from Children’s Defense Fund-Minnesota signals a widespread call to action: “Call your congressperson and say #BeCarefulWhatYouCut.”

Nearly 1,000 Minnesota children from low-income families as well as almost 60,000 other needy youngsters from across the country apparently won’t be served this school year by Head Start, the early learning program designed to help prepare them for kindergarten.

Lay the cause at the feet of Congress and the federal sequester, which forces budget cuts. 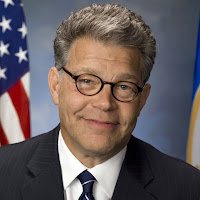 Join U.S. Senator Al Franken as he helps kickoff the year with the MSUM College Democrats. Hear about what he’s been doing in Washington to help make college more affordable, and ways that you can get involved with his campaign now.

Representatives Ben Lien (DFL – Moorhead) and Paul Marquart (DFL – Dilworth), chair of the House Education Finance Committee will hold a town hall meeting in Moorhead at 2 PM, Saturday, March 16 in the Moorhead City Council Chambers. Rep. Marquart will deliver a short presentation on education and building the world’s best workforce before opening the meeting up for questions and discussion.

WHAT: Town hall meeting – Presentation on “Putting Our Kids on the Path to the World’s Best Workforce” and discussion

Remember to stay in touch with your Representative – they want to hear from you!

I am a “job creator,” and I have always taken great pride in this role. The business I started with a friend in a St. Paul basement in 2000 now employs more than 70 people in Minnesota. These people enjoy good salaries, benefits, and what I hope is a fulfilling job. We’re hiring now, with seven positions open just in our St. Paul office.

Life in our high-tech business is intense, with potential competitors everywhere both domestically and overseas. We must have amazing people on our team to stand a chance of growing our business to its full potential.

As a job creator, here’s what I really need out of government.

Maddow: Why a Michigan High School is Ground Zero for US Politics

The Rachel Maddow Show is doing an outstanding job of exposing the draconian efforts by Michigan Governor Rick Snyder to “run the state as a business.” If you are not aware of what is happening in Michigan, read this…

While we were venting our outrage at shenanigans in Wisconsin politics, in fact while Republicans were planning last night’s attempted coup, the Michigan state legislature quietly passed a bill giving the Governor of Michigan martial control over the state.  Except instead of using actual military, the Governor is more likely to use private security. But make no mistake–rights would be suspended.

Here’s how it works:

The governor, on his own initiative, can declare an economic emergency in any town and appoint an administrator.  The administrator can be any person, including a corporate person.

The administrator has the power to do anything in the name of economic stability, including void contracts, void collective bargaining agreements, dissolve the town council, dissolve the school board, fire anyone including elected officials, hire private security, unincorporate the town, and sell off public property.

Watch the following video to get a taste of what is happening in Michigan. There are rumors that Wisconsin Governor Scott Walker has the same plan for his state. If you believe in the rights of citizens having a say in what happens in their local communities and schools, this is scary stuff.

Visit msnbc.com for breaking news, world news, and news about the economy

There are no upcoming events at this time.